2022-09-17
In the 1840s, British physicist James Joule discovered that iron-based NdFeB magnet materials change their shape when placed in a magnetic field, but retain the same volume. This phenomenon is called "Joule magnetostriction," and in the 175 years since its discovery, all magnets have exhibited this feature.

According to Science and Technology Daily, researchers from Temple University and the University of Maryland have discovered a new type of magnet. They heated a specific iron-based alloy in a furnace to about 760 degrees Celsius for 30 minutes, then quickly cooled it to room temperature, when the material exhibited non-Joule magnetostriction when placed in a magnetic field behavior (bloat).

The researchers point out that, limited by Joule magnetostriction, conventional magnets can only be used as actuators that apply force in one direction. Even actuation in only two directions requires a large number of bulky magnets, which increases bulk and reduces efficiency. Instead, non-Joule magnetostrictive magnets can expand in all directions simultaneously, so making a compact omnidirectional actuator would be easy to achieve.

Because these NdFeB magnets are also energy-efficient, they can be used to create a new generation of sensors and actuators with extremely low heat loss for applications in aerospace, automotive, biomedical, defense, space exploration, and robotics.

The researchers also said that the NdFeB magnets do not contain rare earth elements, so they can replace existing rare-earth-based magnetostrictive materials that are expensive but have low mechanical properties. The effect of NdFeB magnets on permanent magnet motors 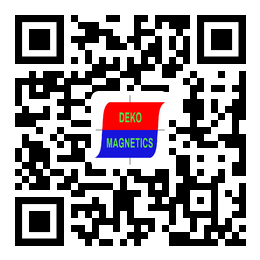